His name is Samuel Scottron, and he is a very interesting man. Least of all for inventing curtain poles. He was a tireless innovator, business man and black rights activist. 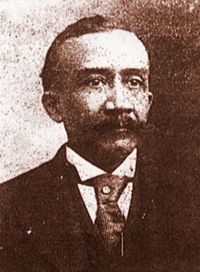 Born in 1841 Samuel’s father saw little point in his son pursuing further education, so before the American civil war he took the boy to work with him on a Hudson River steamer. During the war they found work as Sutlers for a Black Union Regiment.

Using the commercial sense he developed while dealing with the army, Scottron moved to Florida and opened several grocery stores. It was around this time that he became interested in politics.

In 1864, he participated in the first general election that allowed the Freedmen to vote. He was duly elected by the local black residents to represent them in the National Coloured Convention. A few years later in 1872 he founded the Cuban Anti-Slavery society with Henry Highland Garnet.

After a while the grocery business stopped being profitable, so Scottron returned to the North and opened a barber shop (is there anything this man couldn’t do?) It was here where he created his first, and probably most important invention (after curtain rods, of course); the Scottron Mirror. 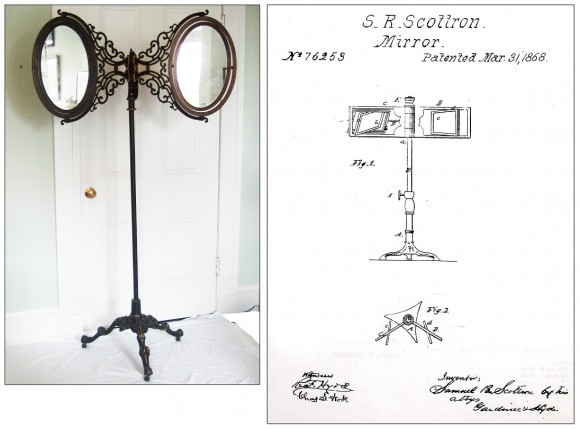 Scottron noticed that his customers could never see their head in its entirety, or ‘see yourself as others do’. So he designed a mirror which had ‘mirrors so arranged opposite each other as to give the view of every side at once’. Apparently the Scottron Mirror is still a sought after antique.

Education was a huge part of Samuel Scottron’s life, both his own and for the development of the black community. Once out of his father’s control he was free to pursue his academic ambitions. At night, when he wasn’t developing multiple business’ and equality campaigns, he studied under a pattern maker and master mechanic, going on to obtain a degree in 1878 from Cooper Union in ‘Superior Ability in Algebra’. He also belonged to the Brooklyn academy of sciences.

Scottron had a keen eye for trends, which lead him to leaving the mirror industry and finding work with a firm manufacturing cornices. In 1880 he invented an extending cornice, earning himself thousands of dollars in the process. But alas, it wasn’t long before cornices started losing popularity, so he put his cornice inventions out on royalties and lived off these until he got a footing in the curtain pole trade.

Before long he was picked up as a manager and salesman. It was at this point that he filed the first ever patent for a curtain rod (wooooooo!) he also invented pole brackets and pole tips! He spent 15 years with this firm travelling all over the US and Canada selling his inventions and products. He is, without a doubt, one of the major contributors to our modern window dressings.

During this 15 year period he was still an extremely active member of the black equality movement. In 1879 was he was made secretary general of the masons which is a monumental achievement. He also co-founded another equality group in 1884; the Society of the Sons, a group comprised solely of black people born and raised in New York.

But, his most commendable achievement, aside from inventing curtain poles, is probably his work on education. In 1894 he was elected to the Brooklyn Board of Education. He was originally appointed by Mayor Charles A. Schieren, he was reappointed by Mayor F. W. Wurster and again by Mayor Van Wyck. All in all, he served on the board for 8 years. During this time, serving as the boards only black member, he disbanded 4 out of 5 segregated black-only schools, and got the pupils and staff distributed into non-segregated academies.

All that and he was Lena Horne’s granddad too!